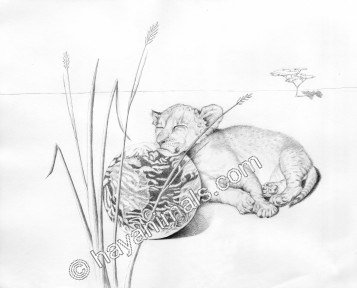 This drawing was of my friendly little black mained cub called Joseph, at about two months old. He was named after the big MGM lion of the same name.

We would sleep together on my friends living room floor,

He was quite the character to say the least. But just like any kitty he would suddenly stop and drop into sleep. This is representative of one of those rare cub moments when he was stationary.