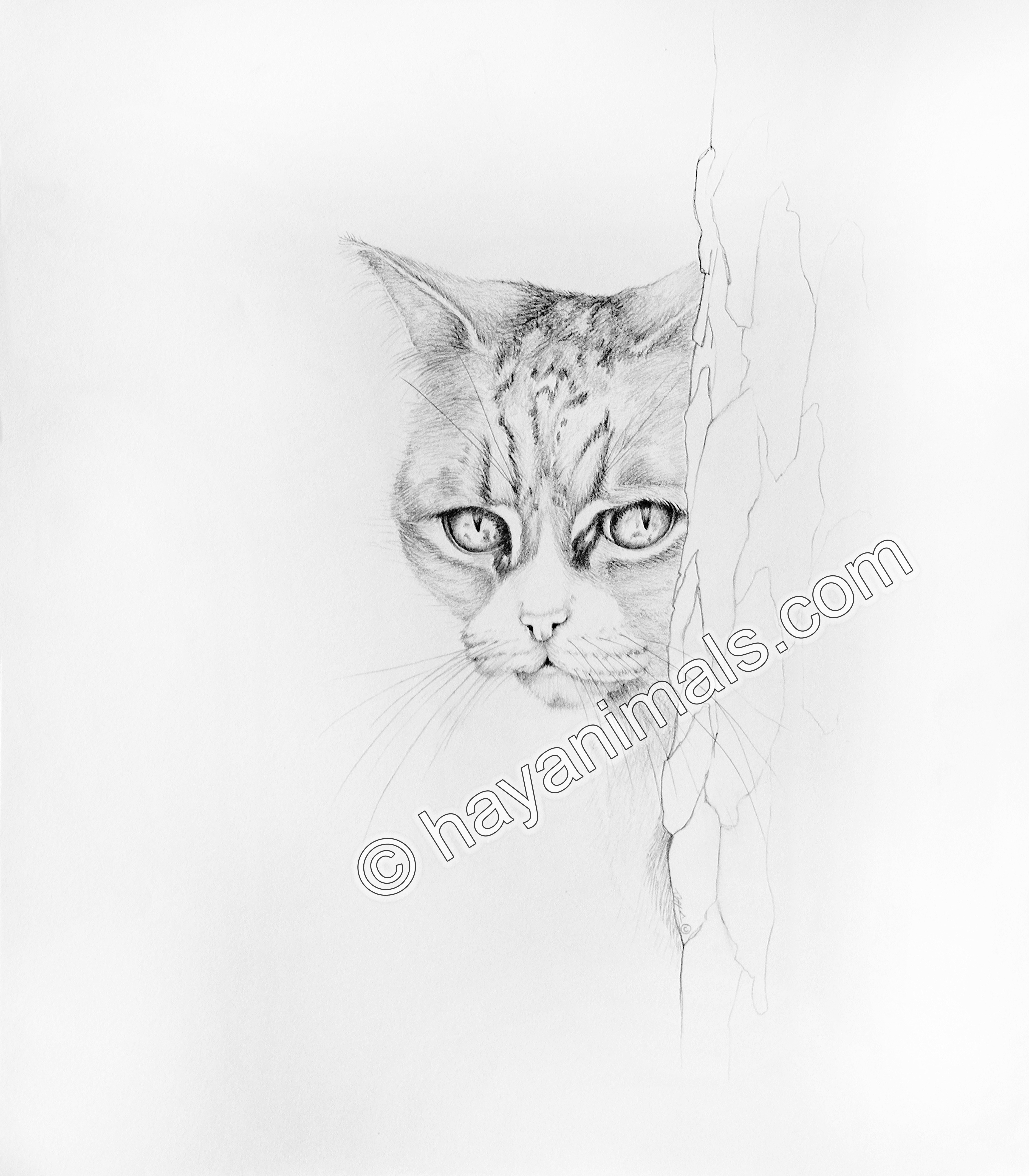 She was a rescue kitty and the moment she was placed in my hands she immediately stopped struggling, sensing she was safe at last.

I named her Nervous Nelllie but after some time she became just, Nellie as she gained confidence and was no longer nervous about everythiing.

She was shy and loved spying on people she had never met before by hiding behind a tree. Once she had checked them out she would immediately come up and want petting.