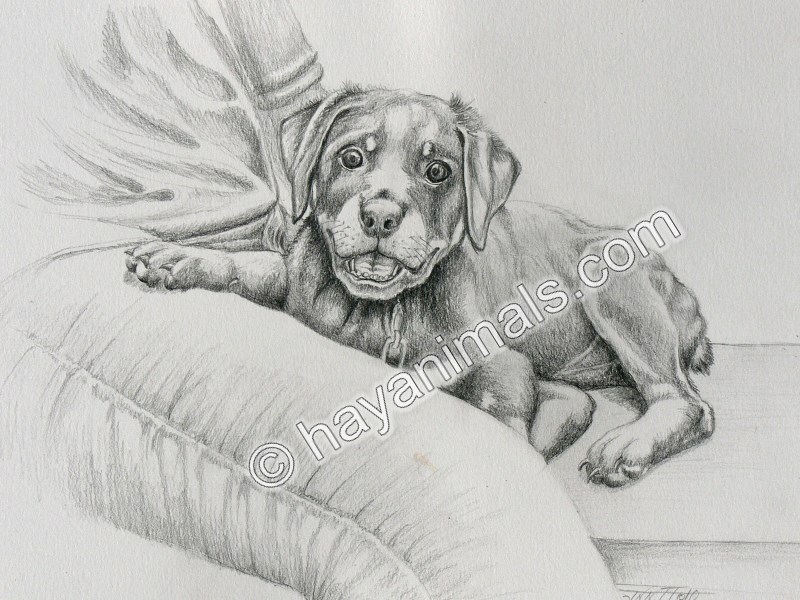 I saw this adorable Rottweiller puppy at “Woofstock” dog festival. He was just lying down with his owner next to a fountain on a very hot day, keenly observing all the activity surround him. He was so alert and engaged I just had to take some photos. He was approximately eight weeks old so I imagine this was one of his first big adventures into the world.

He just stuck with me and so the only way I could get him out of my head was to draw him.