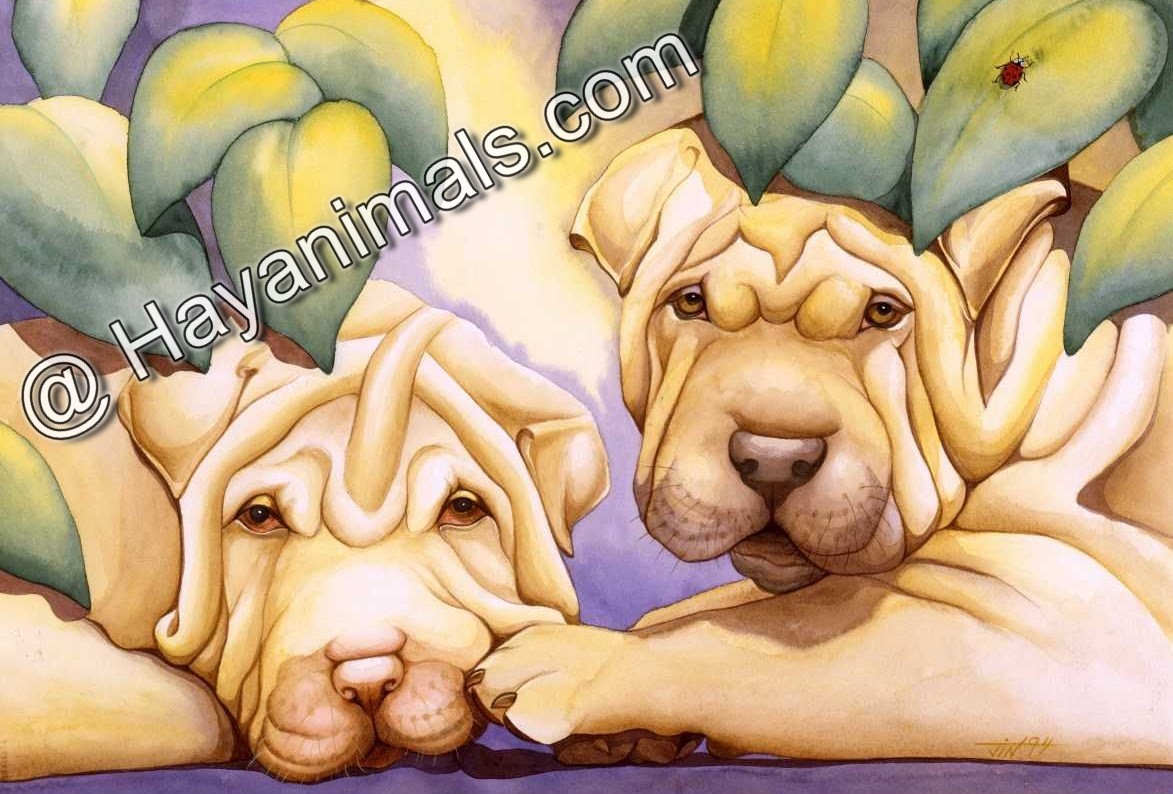 I was obsessed with Shar Pei’s for years and so could not resist painting these two adorable puppies. At the time people were handing over their yachts to have one in their possession and their kennels location were kept top secret. Eventually over time that changed of course. Then breeders started to breed out their wrinkles!

If you do not want a dog with wrinkles then I suggest you do not buy a Shar Pei!

Over the years they have become my logo and never fail to illicit a great response from everyone that meets them for the first time.

RECOMMENDATIONS FROM MY CLIENT:

“Jeannette perfectly captures the lazy expressiveness of the two dogs [Char Pei’s) resting calmly under a bush, having opened their eyes only as much and as long as necessary to gaze upon the observer of the painting before surely returning to slumber. It’s on the wall of my living room, which is my refuge from intrusion, and sets the tone perfectly!”